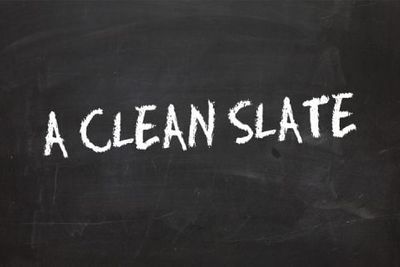 Being in a car accident can be a frightening and/or confusing experience, but it is always important to remain at the scene, render aid if possible, and call the police. If you fail to do so, you could face criminal charges that can impact your future, your ability to secure work, your ability to secure certain kinds of federal aid, and can even result in prison time. Leaving the Scene of an Accident, often referred to as “hit and run” charges are very serious. If you are facing these charges, contact the hit and run lawyers at Direnzo Defense in Fort Lauderdale, Florida. While any criminal charges can have an immense impact on your future, prosecutors and officers must have evidence to prove their case. In a hit and run case, prosecutors often have difficulty identifying who was driving the vehicle that left the scene of the accident. Unfortunately, sometimes innocent people face charges because they were at the wrong place at the wrong time. Contact our firm today to learn more about how we can protect your rights

The state of Florida is becoming increasingly tougher on individuals that leave the scene of an accident. Recently, Florida law has imposed a 4 year minimum mandatory prison sentence when a driver leaves the scene of a crash where there was a fatality. This same offense also involves a minimum 3 year drivers license revocation.

If you are facing hit and run charges in Fort Lauderdale, Florida, the seriousness of your charges will depend on the severity of the accident and whether there were injuries or fatalities. According to Florida law, the consequences for a hit and run are as follows:

A hit and run resulting in serious bodily injury will be charged as a second degree felony and could result in a possible prison sentence of up to 15 years and a 3 year revocations of your driver’s license.

What to Do if You Hit a Parked Car in Fort Lauderdale, Florida

If you are facing criminal charges for an accident, Direnzo Defense are hit and run lawyers in Fort Lauderdale, Florida who can help you fight for your rights in court. We can review the evidence against you and offer you a plan for defending your case. In some cases, hit and run charges are levied because individuals weren’t aware of the seriousness of the damage to the other car or they weren’t aware they had to call the police. If you are facing criminal charges, you may be frightened and confused. The consequences of even a seemingly small hit and run charge can be very serious. Contact Direnzo Defense today to protect your rights.

If you are facing criminal charges, the hit and run lawyers in Fort Lauderdale, Florida at Direnzo Defense may be able to help you. The state of Florida must prove that you left the scene of the accident “beyond a reasonable doubt.” This means that the prosecutor must prove certain things in establishing a hit and run case.

If the prosecutor is unable to meet their burden of proof, your charges may be able to be dropped or reduced. For instance, you may have tried to leave a note, but the note blew away due to high winds. Perhaps you simply weren’t aware that a crash took place. In some cases, individuals are aware they were in a crash, but simply weren’t aware that there was damage or that a person was injured. There are many possible hit and run defenses. If you are facing charges, contact the hit and run lawyers at Direnzo Defense today. Our Fort Lauderdale, Florida lawyers can fight for justice and to protect your rights.

Other Areas of Practice