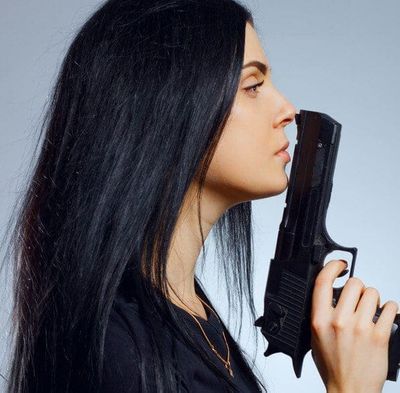 Are you facing possible conviction for a violent crime?

According to the Florida Law Enforcement Agency Uniform Crime Report, there were 113,541 violent crimes in Florida last year, which is down from the prior year’s statistic of 126,260. Though the numbers have dropped significantly, if you have been accused of committing one of these violent crimes, this good news probably gives you little solace. Most violent crimes are felonies. If you end up being convicted, you will be facing severe penalties.

Florida is one of the states in the U.S. that enforces the “three strikes law”. It also enforces the death penalty. If you are convicted of a violent crime, your life as you know it may be over, possibly causing much emotional and financial hardship for your family. Florida state attorneys are known to be zealous about prosecuting violent crimes. The public is unsympathetic to violent crime, and jurors are part of the “public”. If you end up having to go to trial you may have a difficult task ahead of you.

Our legal team can provide an effective defense for the following crimes including murder and assault in Fort Lauderdale:

The prosecution’s job is to prove your guilt. Our experience as murder and assault attorneys in Fort Lauderdale and the State Attorney’s office gives us a unique perspective from which to prepare your defense. We know how the prosecution thinks and operates. We will find the holes in their case and attack it. Let us put our strong track record to work on your behalf. Contact a Fort Lauderdale assault, murder, or violent crime attorney today if you have been charged with a violent crime.

Murder is the unlawful killing of a human being by another. It falls under the category of homicide. One of the factors used to distinguish murder from other forms of homicide is the state of mind of the offender. For example, if the act was planned ahead of time with the full intention to kill, then it can be considered murder. If there was no intention or prior plan to kill, then it in most cases can be considered manslaughter.

Murder is the more serious of the two; someone convicted of murder in the United States is typically given a life sentence or sometimes even the death penalty. There are varying degrees of murder as well. First-degree murder involves the prior intention to kill, or “malice aforethought,” whereas second-degree murder involves the intention to kill but without a predetermination to do so – and with no just cause or legal excuse for the killing.

One of the most important factors in winning or minimizing the sentence of a murder case is a thoroughly prepared and experienced defense. Retaining a criminal defense attorney, if accused or charged with the crime of murder, is a crucial first step in defending the case and one that should be taken immediately.

Our firm focuses on criminal law in Fort Lauderdale. We defend our clients against a wide range of crimes, including murder, manslaughter, assault & battery, aggravated assault, drug crimes, sexual assault, assault with a deadly weapon and armed robbery, to name a few. We’ve worked on thousands of cases in the areas of criminal law and are passionate about defending the lives of our clients. To learn more about the legal options if faced with this type of crime, contact a Fort Lauderdale Murder Defense Lawyer today.

Assault is a crime where one threatens another with violence, causing the person threatened to be apprehensive of unwanted contact. This threat of harm would be accompanied by the apparent ability of the aggressor to carry out the threat. Battery is the unlawful physical contact with another, whether harmful or offensive to the victim. The combination of these two violent crimes is known as “assault and battery” – an unpermitted and unlawful touching of another.

An example of this might be an assailant threatening another by yelling at them and raising a clenched fist as if about to deliver a punch. Once the assailant actually delivers a blow to the victim, the crime then becomes battery – whether it resulted in harmful or offensive contact or was simply committed with the purpose of causing harmful or offensive contact. Accidental contact, regardless of the outcome, is not considered battery. The conviction of assault and battery charges can mean for the convicted, years of imprisonment, severe fines, restitution and probation.

There are a number of subcategories for battery that are used to determine the severity of the punishment.

Defending an assault and/or battery charge can be complicated and should be done by a professional Fort Lauderdale criminal defense lawyer. Our firm has extensive experienced in defending these and other such criminal charges. Contact us right away if faced with an assault or battery charge.

Assault is a legal term that essentially means to threaten another. For example, if an assailant were to verbally threaten another with a clenched fist aimed at its intended recipient, this could be considered an assault. If the assailant, however, were to threaten in a way that put another in fear of serious injury using a weapon that was dangerous or deadly, the crime could then be considered to be “assault with a deadly weapon.” Some examples of such weapons could include:

The charge of assault with a deadly weapon in many cases falls under the category of aggravated assault and so the two terms have to some degree become linked to each other.

If charged with one of these crimes, consulting a Fort Lauderdale criminal attorney is highly recommended. We at DiRenzo Defense have years of experience defending those facing such charges. Contact an Aggravated Assault Defense Lawyer if in need of legal advice on an assault case.

Although manslaughter is generally thought of as somewhat less serious than the crime of murder, it still involves the death of another and so carries with it potentially serious complications, especially if the accused is convicted. Murder is a term meaning the unlawful homicide of another with “malice aforethought” (with the intention to kill or harm another). Manslaughter is an unlawful homicide but with no prior intention to kill.

This distinction is important to the accused individual. For instance, voluntary manslaughter is when the defendant kills with malice aforethought but there are surrounding circumstances that reduce its blameworthiness – or when the defendant intends to merely harm someone seriously but winds up killing them. Additionally, there are many other types and degrees of manslaughter with many criteria used to distinguish which is which. Some types of manslaughter include:

Due to the complicated nature of this subject and the seriousness of the charges, having an experienced and aggressive criminal defense lawyer advise on the case can be crucial to its outcome.

Manslaughter Penalties and the Importance of Experienced Defense

In most cases, those who are convicted on the charge of manslaughter are fined thousands of dollars or face years of imprisonment. These are stiff penalties, especially if received due to the result of a complete accident – for example if the individual charged mistakenly hit and killed another while driving a car. Even after serving a sentence, the social stigma and mark retained on a criminal record can be debilitating in many ways to the convicted as well as his or her family. If charged with manslaughter, we at DiRenzo Defense are here to assist in legally advising and defending the case. If faced with the charge of manslaughter in the Ft. Lauderdale, Miami or West Palm Beach areas, contact a Fort Lauderdale Manslaughter Defense Attorney for legal advice on the case today.

Other Areas of Practice